A Head of a Youth

The “von Heyl Head” represents a youth, possibly Apollo. A softly modelled oval face with delicate facial features including a small somewhat pouty mouth. The remarkably voluminous curls are brushed up and back from the brow. The hair frames the brow at an obtuse angle and the individual strands rise organically from the flesh of the brow into the curls above. The ample, knotted hair in the nape of the neck forms two braids that are wound around the crown and tied together behind the tuft of hair above the forehead. The energetic tongues of hair are arranged in a clockwise manner from the crown of the head to the whorl. Each tuft and each of the strands composing it varies in thicknesses. Cf. the detailed discussion of the head by R. Stupperich (2005). The right side of the neck and nape were chiselled out carefully (removing one quarter of the neck’s diameter) in Antiquity. The right ala and the tip of the nose missing. The surface was carefully prepared in the 19th century for the attachment of a repair that has now been removed. The smoothed area is filled in with stucco. Otherwise the surface is beautifully preserved. 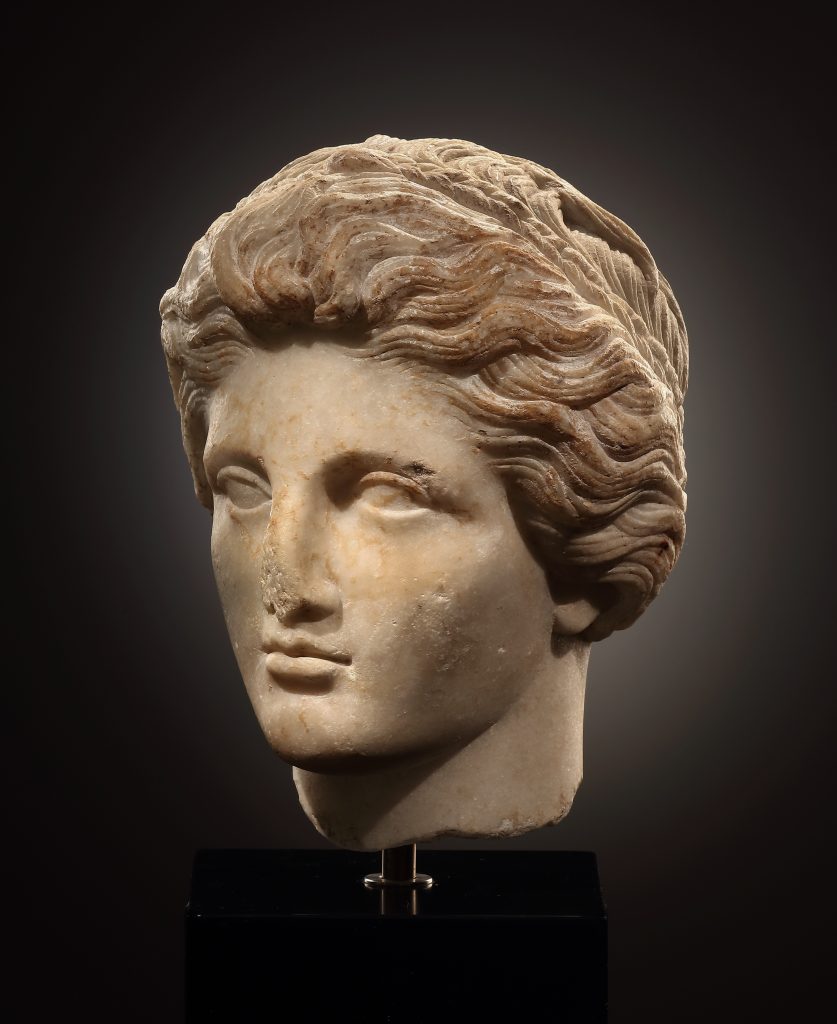 Want to be updated?

See on a map

Don't be a stranger!